Springfield Cemetery is asking for donations to pave the cemetery streets. Every other year it costs $9000 to resurface the asphalt. To raise $100,000 to install pavement a Go Fund Me page is set up. Please help: https://www.gofundme.com/springfield-cemetary-association - Add Your Urgent Ticker News TEXT 402-968-0821

Brought to you by Molly Amick 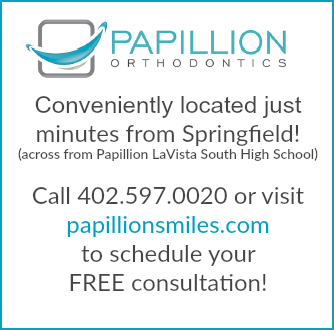 She is the daughter of Kevin and Teresa Keyes. Melissa has been in 4-H for 10 years, is a member of the Westmont wranglers,  has been a member of the country crickets, chicks R us, and served as junior leader for 3 years with the Sarpy County Busy Bees. Her 4-H achievements include the Anabel Slimm Award, Champion Eggs, Special recognition for modeling, Reserve Champion Swing Showman, Champion fowl, Champion and Reserve Champion Poultry Showman, Best of Show for Poultry and the Judges Award of Merit for Home Environment.   She has exhibited at the state fair in foods, gardening, home environment, and at the beef show.  Her other 4-H projects include foods, clothing, home environment gardening, poultry, swine and beef.   During the fair Melissa assists with the parade, animal scramble and helps run errands for fair board members.  Her community activities include volunteering at outdoor ed, as a teacher's aid, with youth basketball and soccer camps and games.  She also serves on the church youth council where she volunteers as a Sunday school teacher, ushering, scripture reader and with the food drive.  Melissa's school achievements and activities include basketball, golf, student council, prom server, National Honor Society, Future Business Leaders of America, Fellowship of Christian Athletes, Homecoming Committee member and Basketball Unity Council.  She has lettered in basketball and soccer.  In her free time Melissa enjoys camping, reading and learning about history.  After she graduates Melissa hopes to go to UNL and purse a degree in Animal science and become a large animal vet, or work in the field of agriculture.

He is the son of Tom and Mary Oltman.   J.T. has been in 4-H for 10 years, and is a member of the Classy Cattle Club, Chicks R Us, and Westmont Wranglers.  He has been a junior leader for 6 years.   J.T. has received Grand Champion Market steer, swine showmanship, rabbit showmanship and Best of Show for foods. He has also won second place at the Nebraska State Fair in Rabbit showmanship, as well as special recognition at state for foods and first aid.  Other 4-H projects include swine, sheep, beef, rabbits, foods, plant science, veterinary science, environmental science and personal development.  He has also been involved in the 4-H camp, livestock judging team, tractor driving contest, horticulture judging contest, parade of champions and ice cream rolling contest.  He has helped construct the 4-H float, served as a ring attendant during progress shows and helped at the 4-H food stand, as well as donating a show quality rabbit to a new 4-H'er.   J.T. currently serves on the 4-H Council, is assistant superintendent for the swine show.  His community activities include adopt a grandparent, planting flowers and maintenance at the Springfield Memorial Library, leading a food and clothing drive, as well as assisting the fairboard with grounds cleanup through the year.  He has raised money for a needed family at Christmas as well as assisting with a fundraiser for Mothers against Drunk Drivers. In his free time J.T. works at Tractor Supply working at the Southeast Nebraska Livestock Market, raising commercial Boer goats and fishing. In school J.T. has played basketball, football, served as a teacher's aid, outdoor ed councilor and is a member of future business leaders of America.  He is also a member of his church youth group.

Air Force Week in the Heartland was supported by Offutt Air Force Base and was celebrated last week, August 9-17. This special week ended with an Offutt AFB air show and open house. So what does this have to with Springfield? Well last Friday around 4:30pm, I heard what sounded like a helicopter.  So I ventured out my back door, gazed up, and circling overhead at a very low altitude was a military helicopter. It circled around a couple of times and took off to the east.  Thinking I‘d missed the whole experience if I ran indoors for my camera; I was not able to capture a picture. Since my husband insists we go to the Air Show each year, I photographed this helicopter. It looks similar to the one I saw flying around Springfield. Cool!!!

Scenes from the first day of school in Springfield

WHAT’S HAPPENING IN SPRINGFIELD –The Calendar

~I have enough money to last me for the rest of my life, unless I buy something.

Brought to you by Molly Amick

Made possible in part by Prime Sponsor 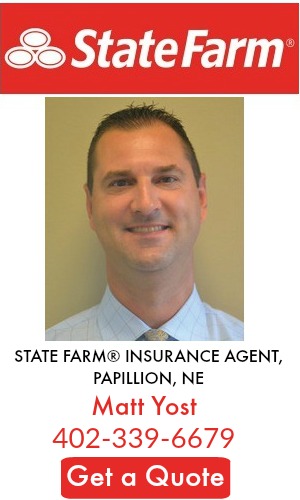 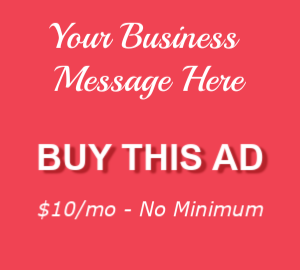 Use the "Buy Now" button above purchase